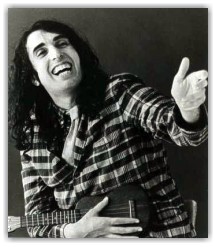 “He was sincere, and he was caring, and he was loving, and he was not like other people.  The fact of his acceptance and embrace was different among certain kinds of people– many just saw him as weirder than weird and that was that, but there were many others that found him delightful.  In a way, his acceptance was part of opening the door to a general acceptance of people who were not like other people– they didn’t have to be marginalized.”  ~Peter Yarrow on Tiny Tim, in Eternal Troubadour:  the Improbable Life of Tiny Tim by Justin Martell, ©2016